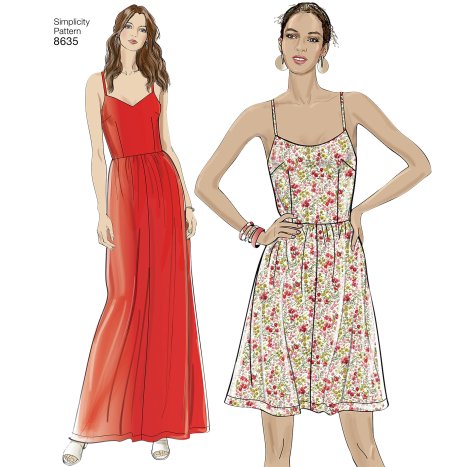 This pattern caught my eye the first time I saw it.  I loved both the long dress version (View A) and the jumpsuit version (View C).  The plunging back version in views C and D won’t work for me, but I was happy to see that they had given back options that could work with a strapless bra.

I found this interesting Nicole Miller fabric on the clearance table at Joann Fabrics.  It caught my eye, and I spent a few minutes with it opened up debating about how I could use it.  It was unique and had possibilities, but I felt like it could go so right or so wrong unless paired with the right pattern. 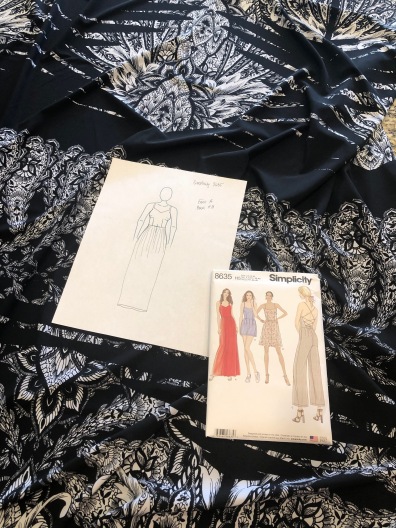 I’ve had the fabric for a while.  It’s been pulled out of my stash more than once as I wrestled with which pattern to pair it with.  I’d drape in on my dress form and contemplate attempting to draft my own dress.  Thankfully, S8635 presented itself and we’ve all been saved, for now, from my first attempt to draft an outfit on my own.

I cut out each piece of the bodice separately in order to get my ideal placement.  I did not cut the front skirt out in two pieces as the pattern calls for, instead I put it on the fold.  Even though I meticulously cut it out when I got the skirt on I wasn’t happy with how much black was on one side verses the other and had to pull it apart and fix that.  After that minor correction, the dress was done!

To say I’m in love with the finished product is an understatement.  I’m currently cutting out my next version of it. 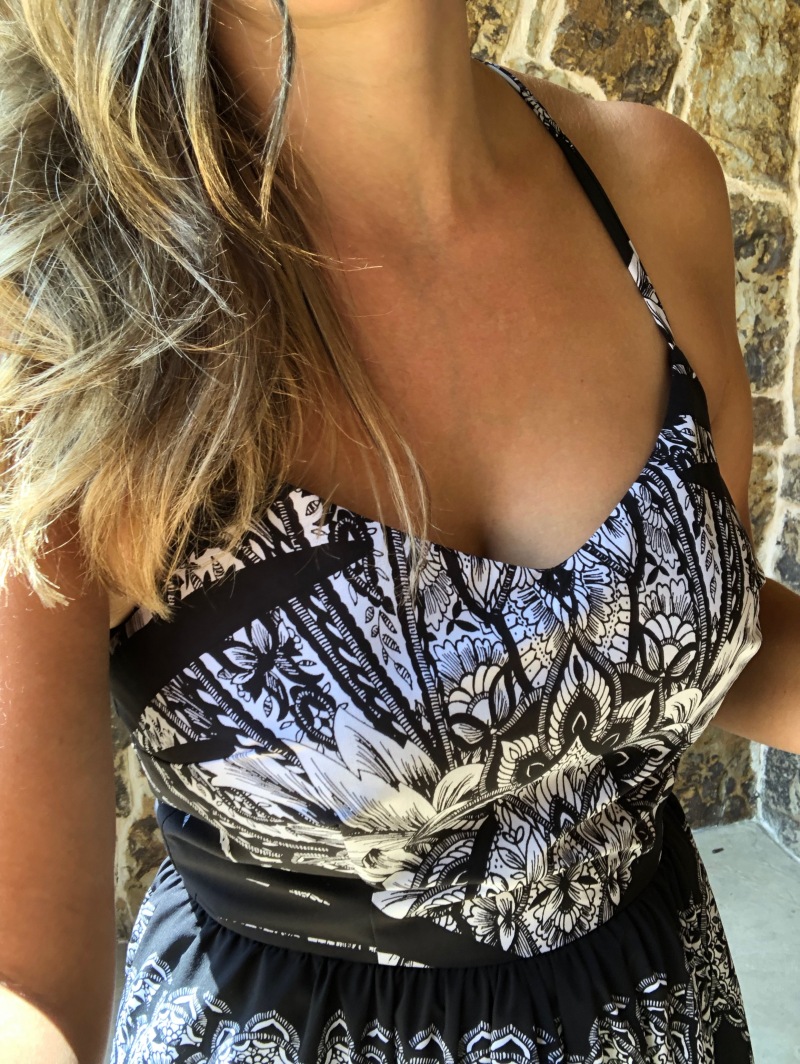 This time around I’m only adding 1 inch to the length instead of 2 inches and I’m shortening the ties.  They have so much length they don’t need and I worry about them getting in the toilet.  There’s simply no need for that length and in turn having that worry.  I will once again omit the front seam.  I don’t see the point in having it and it’s an extra step that I think can make it look messy.

As soon as the dress is finished I’ll posted it here too!  I hope it’s just as loved as this one!  Anyone else ever tried this pattern?