I remember the first time I did this how daunting it felt to write “week one” and “week two”. I wondered if I’d make it, I wondered if I had it in me to complete such a huge challenge. This time around there is excitement when writing “Week 2”. Now I know how great the year will be.  Now I know how much I can learn, heal and grow.  I have nothing but excitement!

This week, like last week is a pattern I’ve done before, it’s a Butterick pattern B6296.  The first year I did this challenge, the patterns were all new to me.  Now I’ve come to love certain patterns and outfits.   Other patterns, while cute, just didn’t have the lasting power.  They are either uncomfortable or not flattering wear after wear.

I made these pajamas for the first time for week 50.  They are still my favorite pajamas even though I’ve made more and tried other patterns.  This is a pattern that I’ve returned to again and again.  There is one mistake in the collar, I’ve got a video of it up on Instagram.  It’s an easy fix but nice to know before you start the project.

Here are the first two versions I’ve made of it. 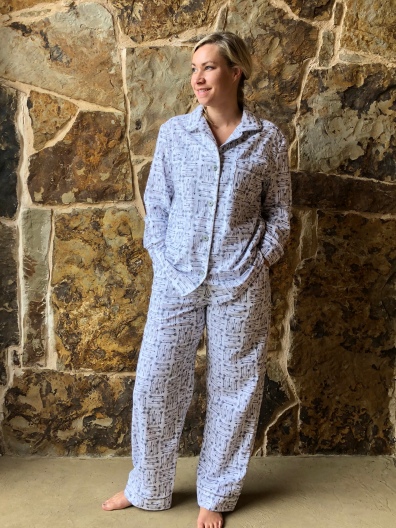 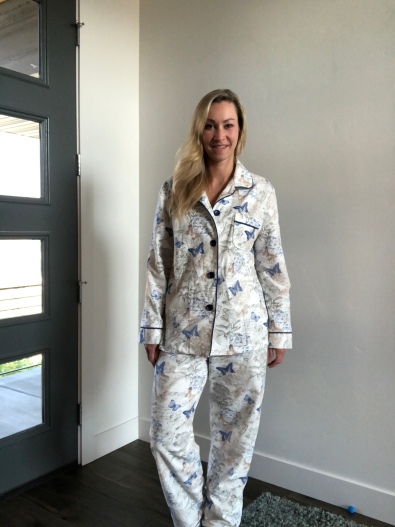 The blue one on the right was the first and my week 50 project.  The gray one on the left was my second version.  I wear these all the time.

The soft flannel fabrics were on sale at Joann’s for a steal so I decided to grab some fabric for my third version.  The fabric was so cheap it was a rare moment when sewing was more affordable than fast fashion.  It’s still available!

I thought this fabric was cute in the store.  I don’t love it made up as much as I love my first two makes but it’s done, I’ll wear it a ton and it allowed me to try the short sleeve shirt version of the pattern. 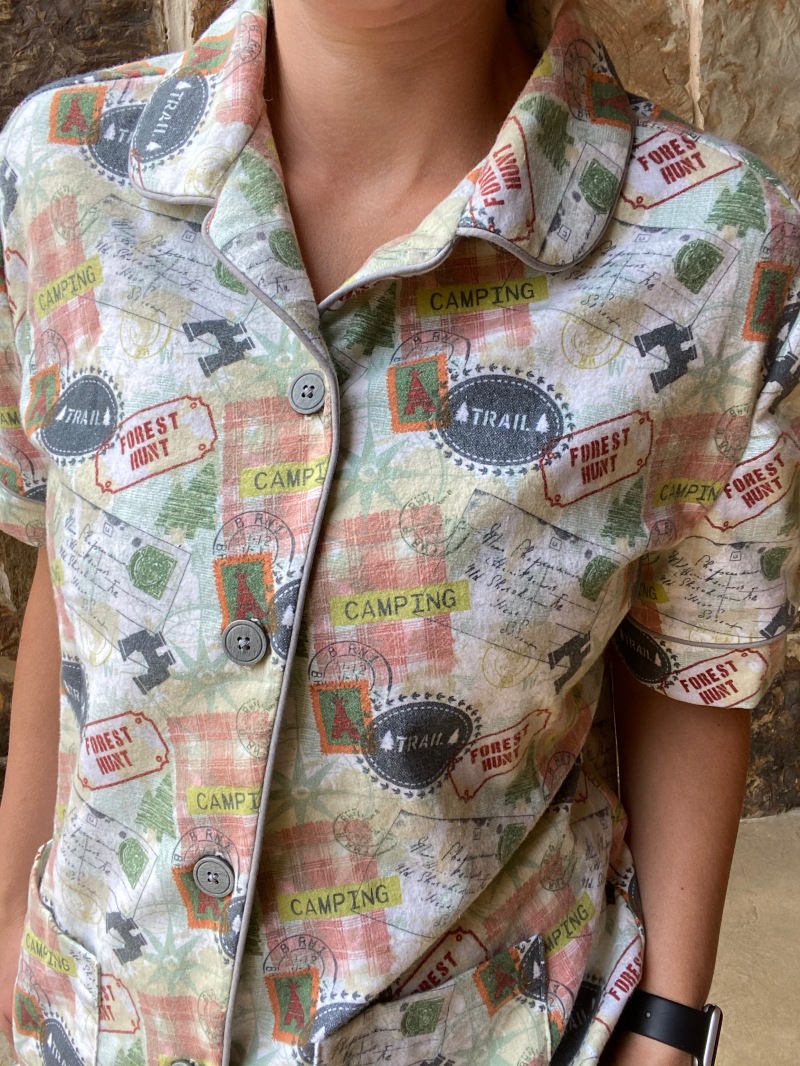 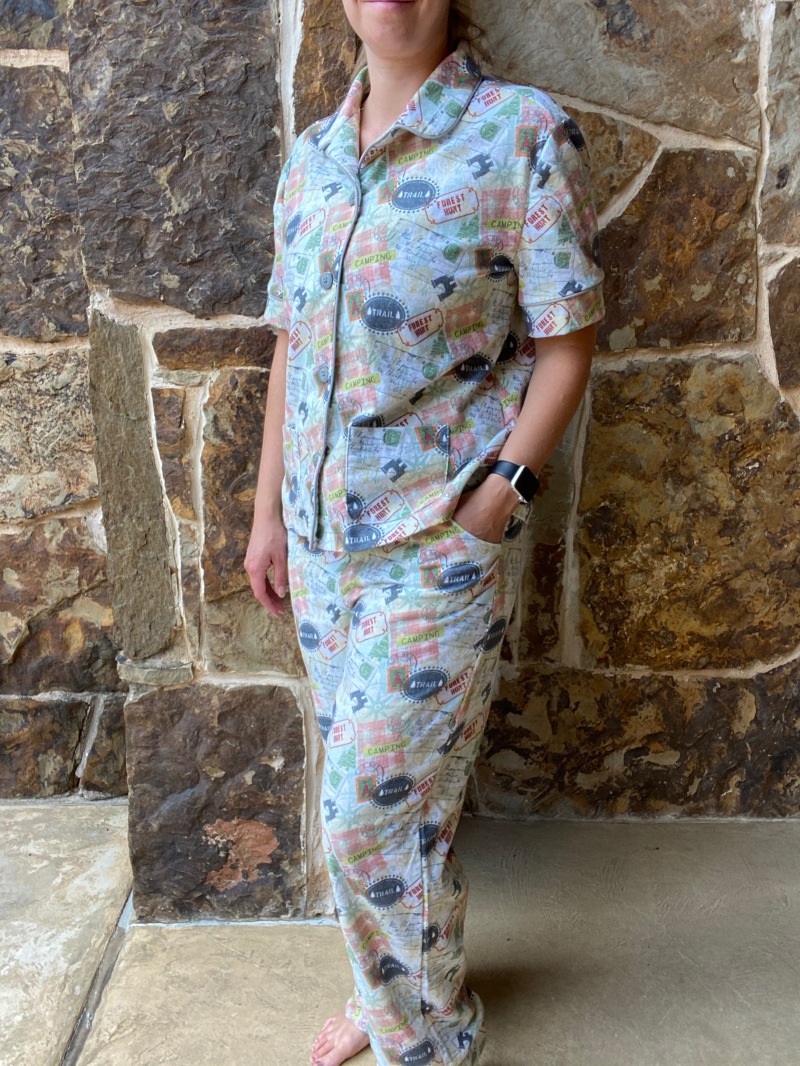 These are my favorite sleep pants I’ve ever made because the crotch isn’t enormous. 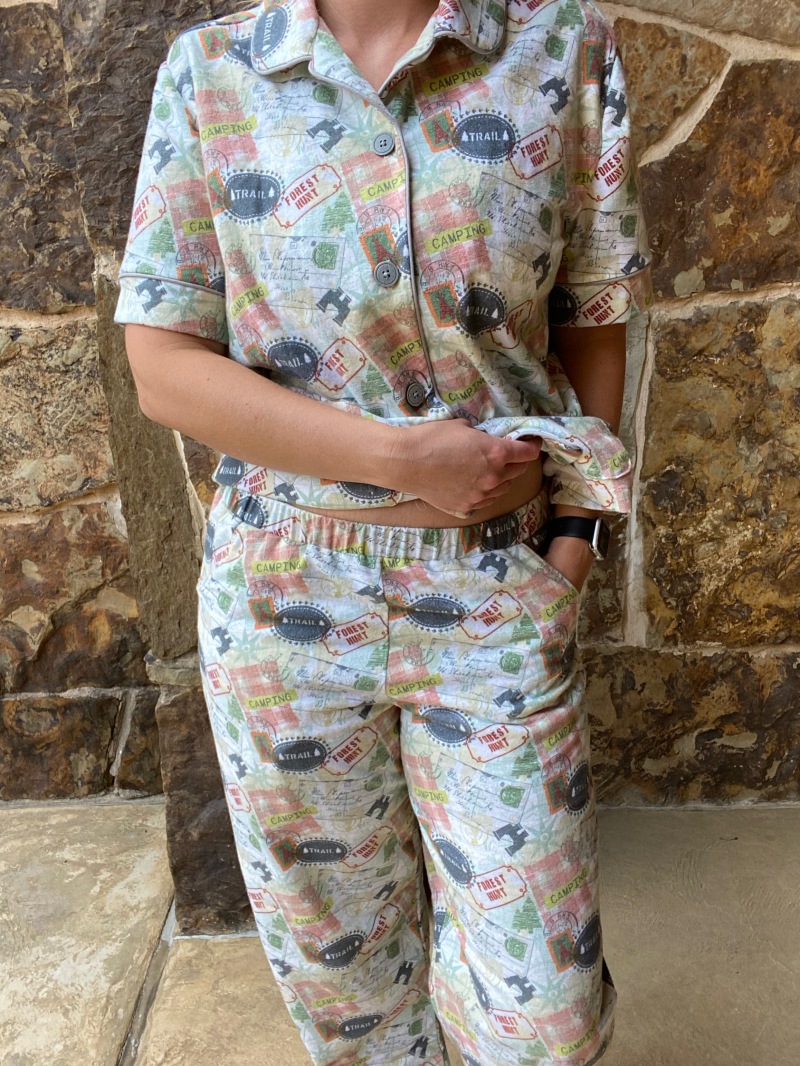 I can’t recommend this pattern enough, comfortable and well thought out.