When I left home at 19, I essentially left behind sewing as well.  There were very few projects that I did from then until this past year.  Something that I truly had some natural talent for was discarded because I didn’t have the supplies anymore or the inclination to buy them.  Here was one of the few items that pulled me out of retirement.

Silas desperately wanted to be the Bad Apple from Veggie Tales and David wanted to be Larry boy.  If you aren’t familiar with those, Veggie Tales is a Christian television series geared toward teaching moral lessons to children.  There are not costumes for these characters, because these aren’t standard requests from children.  There are also not patterns for such requests.  So for David’s I crafted that fun from scratch and for the Apple I just used a pumpkin costume. 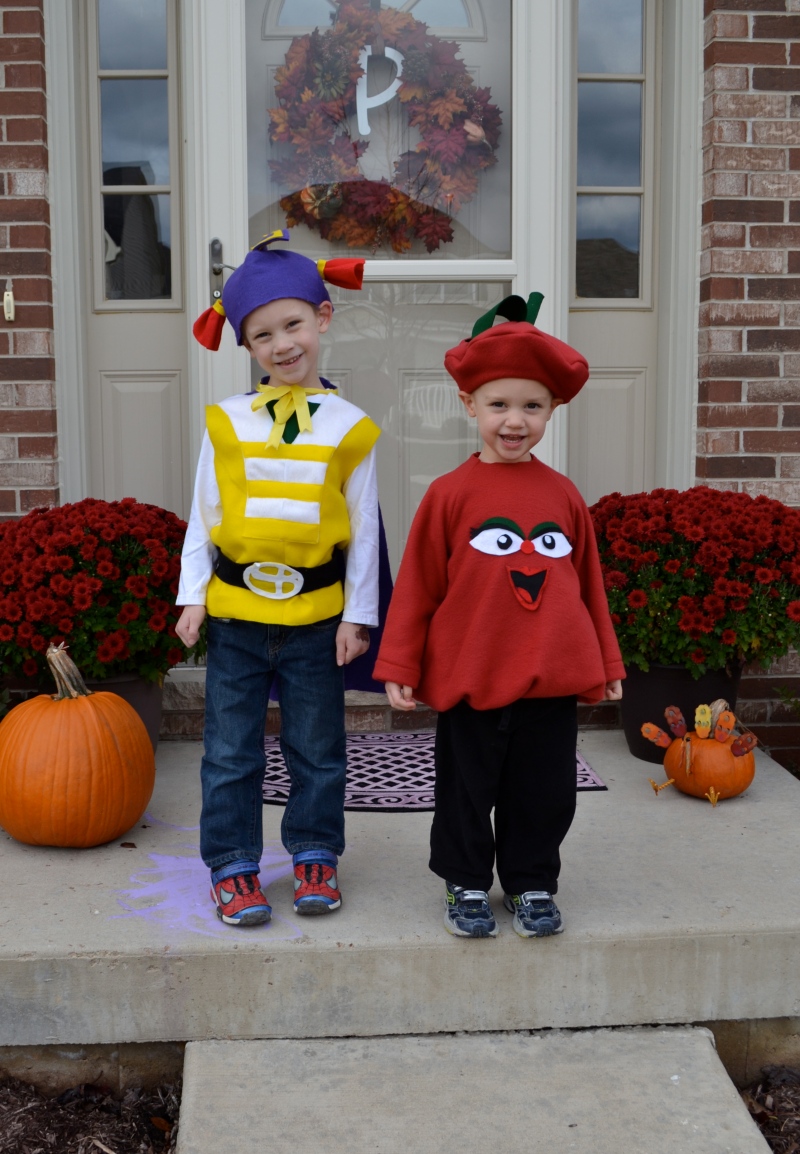 Luckily, I got to reuse the pumpkin pattern years later for a standard pumpkin request.  I even had to sew the costume with the child in my lap.  Lucky me.  But he LOVED the result.  I’ve never seen a happier pumpkin!

Check back tomorrow for Flop Friday, I’ll show you a vintage dress I attempted that didn’t turn out as I expected.